During the past couple of years banks using the internal ratings-based approach (IRB) for calculating their capital requirements for credit risk have had to re-develop their IRB models to comply with the new definition of default and the new guidelines from EBA. FCG has supported a majority of the Nordic banks in this work and here are the five main challenges we have observed that banks are facing during this work. 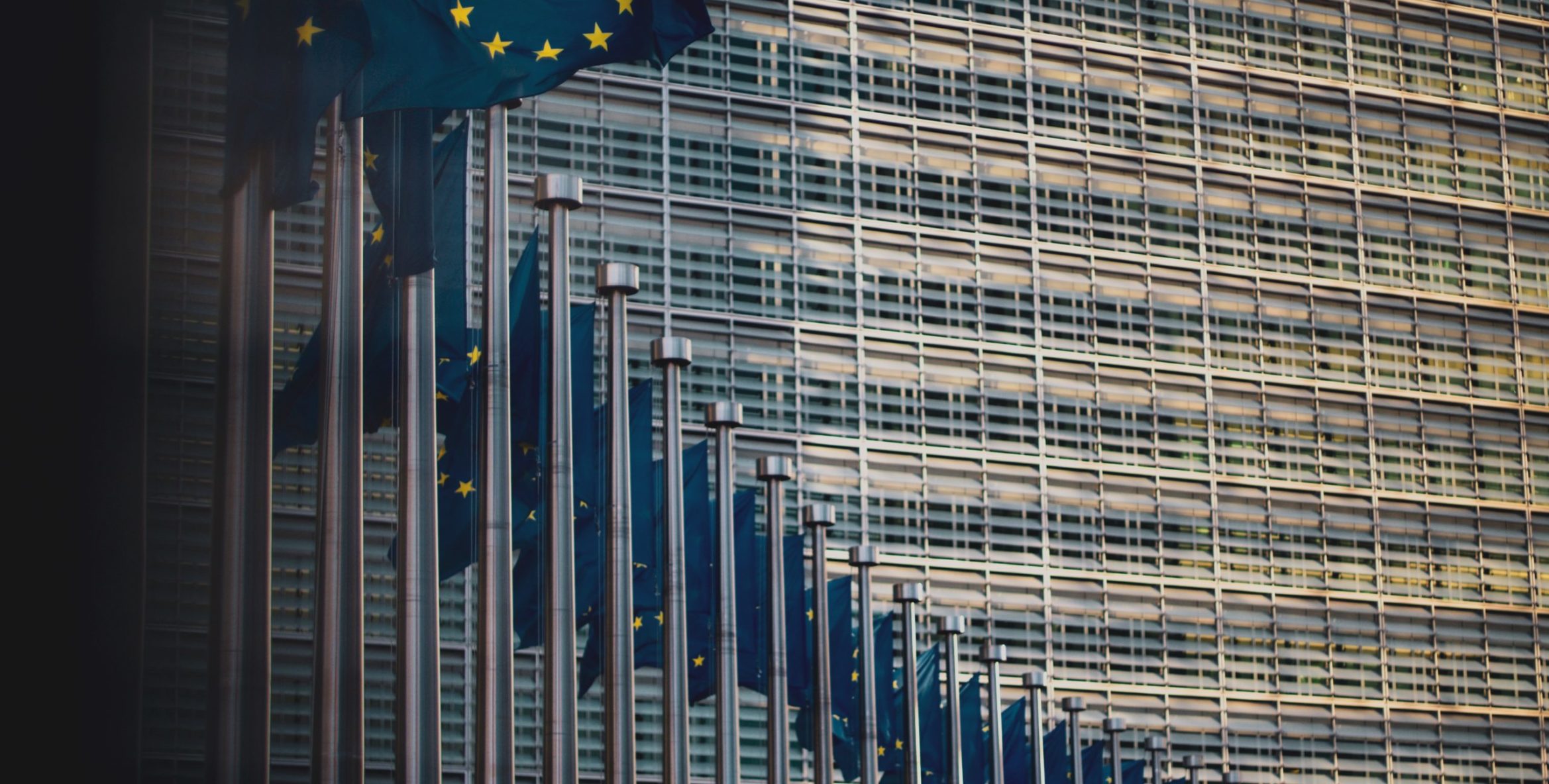 The detailed framework for Margins of Conservatism (MoC)

MoC is not a completely new concept within the IRB world but previously banks generally only included one MoC that was added to the estimates of the Probability of Default (PD), Loss Given Default (LGD) and, in case of revolving credit facilities, also Exposure At Default (EAD). This MoC was usually quantitatively set reflecting the statistical uncertainty of the estimate in question. However, under the new EBA guidelines MoC has been specified in more detail and MoC has been defined in terms of categories A (data and methodology deficiencies), B (changes in underwriting standards, risk appetite, etc) and C (the general estimation error). Each category within A and B has also been divided further into in total 15 sub-categories, each representing a particular sort of potential deficiency. This framework has implied a lot of work for banks as all deficiencies have had to be identified and their impact on the relevant risk estimates quantified.

FCG’s advice to banks when implementing a MoC framework is to first identify all the potential deficiencies through separate workshops with responsible persons for data and credit processes. Secondly, banks need to select the most severe deficiencies and try different quantification techniques for calculating MoCs. Common quantification techniques used are confidence intervals either through statistical quantification or simulation techniques. Here banks tend to use upper limits of 90 or 95 percent confidence intervals. MoCs can also be set using more qualitative criteria. Before setting the final MoCs it needs to be evaluated if each MoC is reasonably large in relation to the identified deficiency and in relation to the other identified MoCs. Banks shall also consider if an appropriate adjustment of the parameter estimate, upwards or downwards, is needed before adding the MoC. An appropriate adjustment is needed if the deficiency leads to a skewed risk parameter estimate.

Previously the methods for discounting recoveries for LGD estimation have varied a lot between banks. Some used the Interbank Offer Rate (IBOR) while other used the penalty interest rates for overdue accounts. This of course led to big differences between LGD results for banks even if the generated cashflow, excluding discounting, was the same[1]. To remedy these varying results EBA concluded that all banks must use IBOR + 5 percentage points for discounting purposes. This would solve the differences in LGD estimates due to varying discounting rates.

Moreover, the new guidelines specify that even for cured defaults, i.e. when a defaulted counterparty recovers and pay back all overdue amount, the banks need to calculate an LGD assuming a large lump payment (called “artificial cashflow”) consisting of outstanding principal, interests and fees at the date when the customer returns to non-defaulted status. In recent years interest rates have been very low in general. This means that even for cured counterparties the LGD most often will be a positive number while previously the LGD for cured counterparties has been set to zero.

FCG has observed that LGD estimates generally increased due to the above reasons. The methodology of discounting and artificial cashflow is quite straight-forward and prescribed by EBA and consequently banks cannot influence this in any large extent in the LGD quantification. However, if banks are proactive in the recovery processes and can stop counterparties from going into default they could limit the impact also on LGD.

New guidelines on how to estimate LGD for counterparties already in default (LGD-in-def) also appeared in the new EBA guidelines. This also includes how to estimate Expected Loss Best Estimate (ELBE) which is similar to LGD-in-def but without downturn adjustments and margins of conservatism. Previously banks often used the same LGD-in-def as LGD for non-defaulted counterparties and for ELBE they often used either the specific credit risk adjustment used for accounting purposes or the LGD for non-defaulted counterparties minus the downturn adjustments and margins of conservatism. Now banks need to take into consideration the time in default and other possible risk drivers from after the default event, for example how much of the debt has been re-paid after default.

FCG’s experience is that modelling of LGD-in-def and ELBE has increased in complexity and that the modelling usually is done on ELBE before downturn adjustments and conservatism is added for the LGD-in-def. Modelling can be done using regression methods with time in default, recoveries realized so far, and other possible risk characteristics as risk drivers or it can be set up as a time in default dependent function of the LGD estimate for non-defaulted counterparties. FCG’s advice is to use a methodology that can be applied also for estimating LGD for incomplete recovery processes (see below).

Detailed guidelines on defining a downturn and calculating downturn LGD

Another source of variability in LGD estimates between banks with seemingly similar credit portfolios is the downturn adjustment of LGD. This has especially been a problem in Sweden where a downturn period affecting both companies and private individuals has not been observed since the early nineties and almost no granular internal data exists that far back in time. EBA has published a final draft of Regulatory Technical Standards (RTS) on how to specify the nature, severity and duration of a downturn. EBA has also published a guideline on how to estimate downturn LGD. These publications can be seen as a recipe on how to estimate downturn LGD and leave less place for subjectivity.

If the bank’s internal data include a severe downturn the downturn adjustment is quite straight-forward if EBA’s guidelines are followed. However, if it does not include a downturn the bank needs to do an extrapolation approach and/or a haircut approach to estimate a downturn. The haircut approach is useful if there exists collateral with market values that could be adjusted to reflect a downturn scenario. In Sweden, for example, house prices dropped approximately 20 percent during the crisis in the beginning of the nineties. If such collateral does not exist FCG advice banks to try to find correlations between several macro variables and yearly LGD outcomes or intermediate parameters thereof. It is good to show the financial supervisory authorities (FSA) that the bank has really tried to find meaningful correlations to be able to extrapolate LGD estimates to severe downturn years. If this is not possible there is a fallback method to use average LGD plus 15 percentage points. However, this fallback should only be used if all extrapolation and haircut approaches have failed and banks need to show the FSA that they have tried all other extrapolation methods. 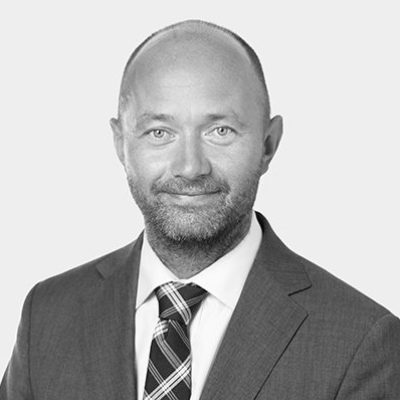 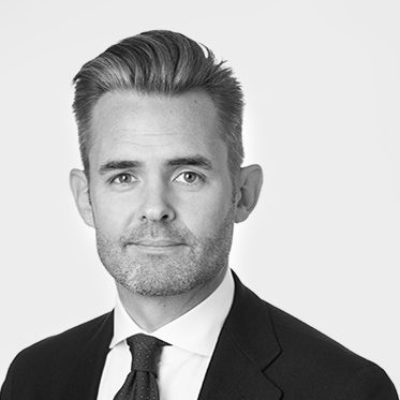